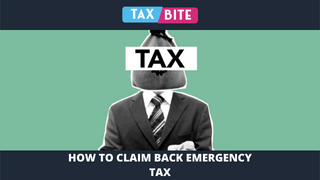 How to Claim Back Emergency Tax

If you notice you’ve been put on an emergency tax code, it can raise a few concerns or at least some questions. In some cases, it can also be concerning. Our article discusses emergency tax codes, identifying if you’re owed a tax refund, and claiming refunds.

What is Emergency Tax?

An emergency tax code is a temporary measure put in place by HMRC until their tax office has all the required information about you and your current working circumstances to put you on a new tax code. Once this is processed, your tax code is adjusted and applied to your salary as normal.

When do you get Emergency Tax?

If your correct tax code is unavailable, you will be put on a temporary tax code until the tax office sends the right tax code to you and your employer. If you’ve recently started a new job and cannot provide your P45 from your previous job, you’ll most likely pay emergency tax on your first payslip until HMRC understands your tax position.

You may also pay emergency tax on income if you’ve changed your job, you receive additional income from pension providers, you get company benefits (company car), or you’ve just started to receive employment income after coming out of self-employment.

How do emergency tax codes work?

Upon leaving a job, your old employer must supply you with a P45 form. The form contains information relating to how much money you’ve earned and how much tax you’ve paid within the current tax year. If your new employer does not have this information, they won’t be able to figure out what tax code you should be on. In that case, it’s very likely you could be put on a temporary emergency tax code until the relevant information has been passed on and processed.

Emergency tax codes can be worrying for those that are placed on them. They include your personal tax allowance but do not account for any other tax reliefs for which you could be eligible. For example, if you’re entitled to the Blind Person’s Allowance but are put on an emergency tax code, according to last year’s figures, you could be losing around £2,520 that you would otherwise receive as part of your tax-free allowance.

The main worry people face when going into emergency tax codes is that there is a possibility that when they pay tax, it’s more tax than they should be paying. It’s worth noting that HMRC has put a rule in place which means you will never lose more than half of what you’re owed per month.

Emergency tax codes do not take into account any taxes you’ve already paid within the current tax year and do not include any tax-free allowances or tax reliefs you could be eligible for.

Tax codes are a grey area for a lot of people, with a large portion of the population not understanding them at all. Hiring an accountant or seeking assistance from TaxBite could be the best way to ensure you’re not left in the dark, paying tax you don’t have to. Contact our team to see if you’re owed any refunds, to check if you’re paying the right amount of tax or paying enough tax, or to get help in claiming tax back.

What is a P800 tax calculation?

A P800 is a tax calculation form that HMRC sends to advise you if you’ve paid an incorrect amount of tax, underpaid or overpaid tax. If you’ve underpaid tax and still owe HMRC money, they will request it from you and take further action if necessary. However, if you’ve overpaid tax, you will be eligible for a P800 tax refund to make sure you get your overpaid tax back.

It’s worth being aware that if you’re owed under £10 for overpaying tax, HMRC doesn’t yet realise you’re owed any refund, so that you won’t receive a P800 tax refund from them. As tax experts, the accountants at TaxBite can help you get back any refunds you are due. If you’re unsure if you’re eligible, get in contact with us, and we can inform you if you’re eligible for a claim.

If you’ve received a P800 showing you’re due a refund, you can take a couple of steps. Sometimes, you can claim your refund online using HMRC’s website. If you do nothing, you’ll automatically receive a cheque in around 45-60 days’ time.

Are you owed tax of less than £10, or do you need to make a claim for other tax relief from HMRC?

As per the HMRC process, you will need to submit a claim if you are owed a refund of less than £10. This is because their systems do not automatically issue a refund for a repayment claim under £10.

Could your P800 refund be diverted to a tax refund company?

If you’ve previously hired a tax refund company and therefore signed a ‘deed of assignment’ that covers the tax year of your P800, your refund could indeed be diverted to said tax refund company. If you’re concerned about this, click the button below to get in touch with us for assistance.

What are the time limits for claiming back overpaid tax?

At present, UK tax legislation states you can claim back overpaid tax for up to four tax years. At the time of writing, you can make a claim for the following current and previous tax years:

Using the above time limits, you can claim back overpaid tax from 6th April 2018. If you’ve lost your wage slips or P60s from that time, there are quite a few other ways to obtain the required information to make a claim.

Your current and/or previous employers are required by law to keep your pay records for at least six years and must supply them if you request them. This is a GDPR requirement.

Another way to obtain older pay records is if you log into the government gateway. If you’ve never logged in before, it’s fairly straightforward to set up.

Alternatively, you can contact HMRC and request your tax history via post. You should receive this within ten working days of your request. This letter will contain the last four years of your tax history.

Contacting HMRC is fairly straightforward; you’ll be connected to an HMRC adviser at 0300 200 3300. As it’s over the telephone, HMRC may require full personal details such as your name, address, national insurance number, a PAYE scheme reference number and/or PAYE reference numbers for both you and your current employer, how much income you receive or your final pay, and other details.

What does a BR tax code mean?

A BR tax code stands for Basic Rate tax code, and having it applied means your income tax will be at a rate of 20%. It’s usually a temporary code until your employer has processed the necessary details to provide you with a correct tax code.

Why do I have a BR tax code?

You can be placed on a BR tax code rate for a few different reasons. The most common reason is that your employer doesn’t have the necessary information they require to put you on the right tax code (i.e. you haven’t provided them with a P45 or P46). Another reason could be that you’ve recently come out of self-employment and into PAYE employment. If you have an additional income, such as having more than one job or receiving an additional pension income, you may also get put on a temporary BR tax code.

Is a BR code always wrong?

Not always. However, you’ll want to check you are paying tax correctly so that you’re not overpaying. Contact our team below for assistance.

Why am I on an emergency tax code?

If you start a new position, or perhaps you’ve started your first job, you will be put on emergency tax until HMRC has received and processed the financial information they require about you.

A few other reasons you might be on emergency tax include the fact you have either started or stopped receiving benefits from work. You may have also ceased being self-employed and started a full-time job. Claiming marriage allowance or expenses could take some time to process, too, meaning you may temporarily be put on emergency tax.

How long does it take to get the emergency tax back?

If you claim your tax refund back via HMRC’s website, you’ll most likely have it back within one week. If you haven’t claimed your emergency tax back within 45 days, you will receive a cheque from HM Revenue & Customs within 60 days from the date that’s marked on your P800.

If you are given no option to reclaim tax back online, you’ll automatically be sent a cheque within two weeks of the date found on your P800. Everything you’re owed will be included in one cheque, even if the refund covers more than one year.

As HMRC are only able to pay you refunds for the overpaid tax that they are aware of, speak to the TaxBite team about claiming for any work expenses that qualify for a tax rebate claim.

How much tax do I pay on emergency tax?

Being on the emergency tax code will mean you’re paying over the basic UK tax rate. On an emergency tax code, a basic rate taxpayer will pay £1,300 extra in taxes if they are earning an income of up to £45,000. Taxpayers that are earning up to £100,000 will then pay an extra £4,600 in taxes. Anyone over this threshold of £100,000 per annum will start losing personal allowances by £1 for each £2 that is earnt over. If you’re earning over £123,000, you will not get any personal allowance at all.

When might I overpay income tax on employment income?

There are a number of instances that could equate to you having paid too much tax while in employment.

If you think you could have paid too much tax or are just curious, get in touch with us using the below button for assistance.

When might I overpay income tax on pension income?

If your pension provider has used the wrong tax code, your income has been reduced, the amount of your state pension income was incorrect in your tax code, you have had more than one PAYE income or pension, or you’ve paid too much tax on a pension (more commonly a pension lump sum) you might have overpaid in tax.

For future reference, if you’ve overpaid, the P800 tax calculations system at HM Revenue & Customs should issue a tax repayment to be paid automatically. If your employer has updated your tax code, the PAYE system will ensure any refund is added to your wages or pension, resulting in a lower tax deduction. If no repayment automatically was refunded or received during automatic reconciliation, and you think you could be entitled to one, get in touch with us to help process a claim and ensure you’ve paid the right amount of tax. 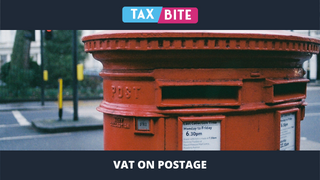 How to Claim Back Emergency Tax 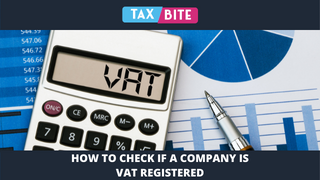 How to Check if a Company is VAT Registered 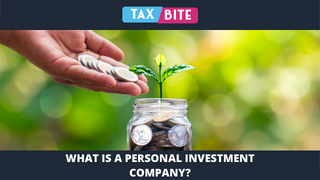 What is a Personal Investment Company? 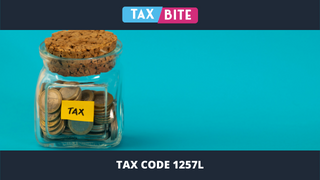 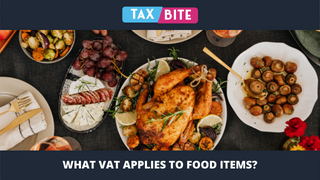 What VAT applies to food items? 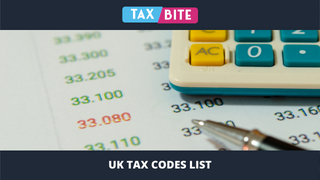 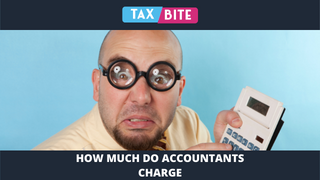 How Much Do Accountants Charge 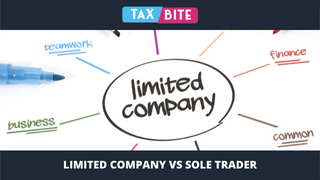 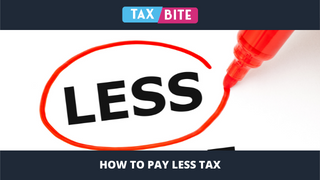 How to pay less tax 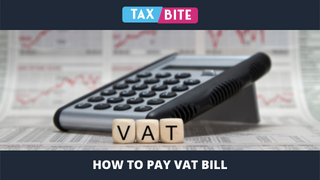 How to pay vat bill 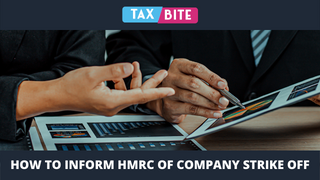 How to inform HMRC of company strike off 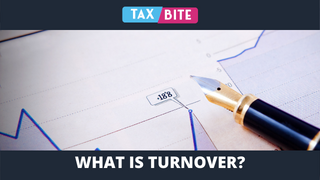